We use cookies to provide you with a great browsing experience. By using this site, you accept our use of cookies for analytical and personalized content. More info.

What is Cryptocurrency and Why is it Valuable?: Part 2

How does cryptocurrency get value, and how do people make money from it? In this series, we’re breaking down (most) of your pressing questions about crypto! 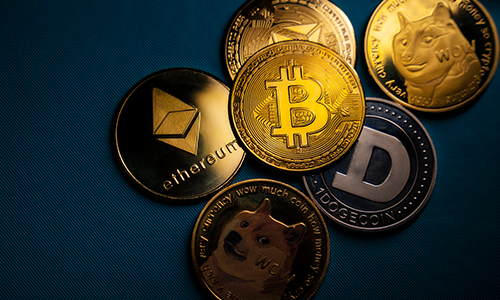 In the last article, we discussed some cryptocurrency basics, like what is it, is it legal, and where did it come from? So now that you’re up to speed on some of the basics, you might be wondering “how does it get value?”

There are people who are profiting from investing in crypto… so what makes it valuable?

Think about the money you’re used to, whether it’s in your wallet or bank account. It’s likely physical money issued by the government, like dollar bills or coins. That is called “fiat currency.” Fiat currency is government-issued currency that is not backed by a physical commodity, like gold or silver. Instead, the government backs the currency it issues, and retains the ability to levy taxes. The value of fiat currency is related to supply and demand, and the stability of the government that issues it. Since fiat money is backed by the issuing government, instead of a stockpile of gold or silver, it can print and produce more supply. However, it must be careful not to print too much, otherwise this can result in hyperinflation. Which hyperinflation is rapid, excessive price increases in the economy.

On the other side, commodity money has intrinsic value because of what it’s made from, or backed by. In other words, think about it like gold. There’s only a limited amount that exists, making it more valuable over time.

There is a limited supply of most, but not all, cryptocurrencies. Basically, a crypto’s source code outlines how many units will ever exist. Since many cryptocurrencies are decentralized, meaning no one person or entity controls it, it’s more similar to commodity money, like gold or precious metals.

But what about inflation? Glad you brought that up! Inflation measures the rate that average prices increase over time. Basically, it’s how life gets more expensive – as the value of a dollar declines, it requires more dollars to purchase something. Like when you could buy a car in 1980 for $7,000, and today the cost is around $40,000.

Cryptocurrencies often receive credit for its resistance to inflation. Commodity money retains its value because of the material used to create it, like precious metals or intrinsic value. As opposed to fiat currency, which isn’t based on precious metals or perceived worth, but rather public faith in the issuer.

Why Currencies Have Value
In order for a currency to be considered valuable, it needs to be reliable and hold it’s value over time. Aside from retaining value, a currency must also meet qualifications related to scarcity, divisibility, utility, transferability, and counterfeitability.

What Gives Cryptocurrency Value as a Currency?
Taking into account the above reasons a currency has value, there are a few reasons cryptocurrencies have value as a currency. Let’s see how crypto measures up!

Ways to Keep Your Identity Safe this Tax Season

How to Recover from Tax-Related Identity Theft

How to Safely Use Public Wi-Fi

How To Recognize, Remove, and Avoid Malware

How To Secure Your Home Wi-Fi Network

How to Reduce your Risk of Tax-Related Identity Theft

Send a message to our support staff through our secure email channel.