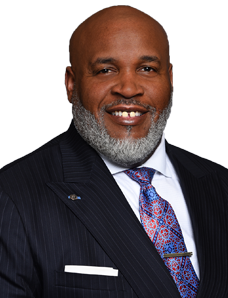 Mr. Rogers is President for Mid-State Aerospace, Inc., a full line hose assembly fabricator and distributor of aerospace hardware, located in Olathe, Kansas.  Mr. Rogers is a graduate of the University of Minnesota-Twin Cities, where he was a former walk-on and three-year football letter winner.

Mr. Rogers is a member of both the Missouri and Kansas Bar Associations.  He joined the board of directors for Central Bank of the Midwest in 2011 and also serves on the Board of Directors of the Mid-America Manufacturing Technology Center.  He previously served as the board chair for the Children’s Center for the Visually Impaired and the Children’s Center Campus.   Mr. Rogers lives in Leawood, Kansas with his wife, Doris and their two daughters.