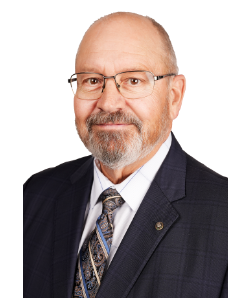 With nearly 40 years on the Belton police force, Jim has committed himself to a life of public service.  He started as a Police Officer in 1980, working through progressive leadership roles as a Detective and Department Sargent before assuming his current role as the Chief of Police in 1988.  Jim holds a Bachelor’s degree in Administration of Justice/Sociology from Culver-Stockton College and a Masters of Public Administration from Park University.

As a Belton native, Jim’s commitment to public service goes beyond his tenure in law enforcement.  He has served on numerous boards including KC Metro Chiefs and Sheriffs Association, Missouri Police Chiefs Association, the Board of Trustees for Belton Regional Medical Center and the Belton Education Foundation.  He currently serves as Chairman of the Cass County Health Foundation and the Missouri 9-1-1 Oversight Board.  Jim joined the board of Central Bank of the Midwest following acquisition of the Bank of Belton in 2014, where he had served as a board member since 2006.  Jim lives in Belton, MO with his wife, Debbie where he enjoys a variety of outdoor activities and another favorite role – being a Grandpa.