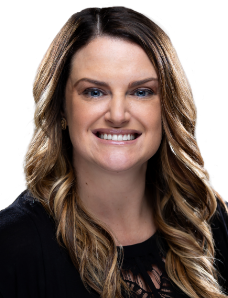 Kayla was born and raised in the St. Louis area and graduated from the University of Missouri St. Louis in 2010 with her BS in Mathematics and Education. She relocated to the lake area after graduation and worked for Kelly's Port Marina as Finance Manager from 2010-2017. In 2017, she joined Central Bank of Lake of the Ozarks as a Credit Analyst and was promoted to her current position as a Commercial Loan Officer the same year.

Kayla is involved in several community organizations including, Treasurer of the Citizens Against Domestic Violence Board, Treasurer of the School of the Osage Scholarship Foundation and member of Young Professionals of the Lake. She is married to Chad Hult, who is a teacher and football coach for the Eldon School District. Kayla and Chad have one daughter, Andi. Kayla is extremely dedicated to developing strong customer relationships and eager to assist individuals and business owners in the lake community through the lending process.