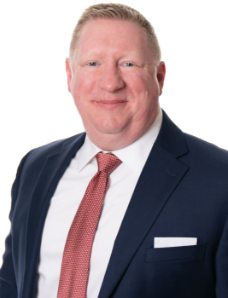 Steve possesses over 20 years of leadership experience in the public sector in the areas of financial administration, operations, and planning, and has received recognition for his work in creating significant public value for Missourians. Steve has successfully represented the interests of Missourians and Missouri businesses at federal regional planning meetings, national conferences, and to members of Congress on Capitol Hill.

Steve holds a Master of Public Administration degree from the University of Missouri's Truman School of Public Affairs, and has volunteered on several local boards, including the Missouri Valley Big Brothers Big Sisters Executive Board. In 2014, Steve won public election to the Jefferson City School District’s Board of Education.  He was re-elected in 2017 when local voters approved the building of a 2nd public high school in Jefferson City. Steve served as an officer of the Board from 2015 to 2017, and was elected board president from 2017 to 2019.

¹Additional service fee applies. By clicking 'Continue', you will leave our website and enter a site specific to making your loan payment via a debit card or electronic check.