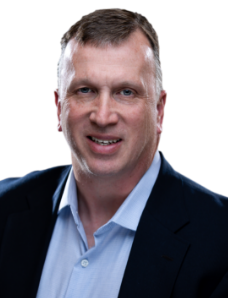 Tony Halderman was born and raised in the Lake Area and joined Central Bank of Lake of the Ozarks in 1989. He has worked in the Bookkeeping Department, as a Courier, Teller, New Accounts Rep, Loan Collector, and Collections Manager. In 1994 he was promoted to the position of Consumer Loan Officer and in 2008 was promoted to Assistant Vice President. Halderman transferred to the Eldon facility in 2009 and later was promoted to Commercial Loan Officer in 2016.

Halderman graduated from Columbia College and has a degree in Business Administration and Finance. He is involved in numerous community organizations including, Eldon Chamber of Commerce, Boy Scouts, Eldon Athletic Club and his church, Tuscumbia First Assembly of God. Tony is married to his wife Amy and they have two daughters, Macie and Sydney.

Halderman provides clients with various commercial loan products as well as residential construction loans. He enjoys interacting with individuals and business owners in the Eldon community while helping them achieve their goals.